Deposits: From a modest start with 1,281 depositors in 1963 and a total of RM46,600 (US$12,000) in deposits collected through its three branch offices, Tabung Haji has now grown into a big corporate body with almost 4 million depositors and more than RM7 billion (US$1.8 billion) deposits. While it has now more than 100 branches throughout the country and has plans for further expansion.

Market Share (Depositors): Th market share in terms of depositors as a percentage of the Malaysian Muslims population is constantly on the increase. Data for the last few years show that Malaysian Muslim population has increased from 11.9 million in 1995 to 12.8 million in 1998. Market share for Th during the same period has also increased from 23% (2.7 million depositors) in 1995 to 27% (3.4 million depositors) in 1998. Th is targeting to have 50% of Malaysian Muslims (about 6.5 million) depositing their money with Th in the next 10 years time. This goal seems easily achievable as the present growth rate in Th depositors of 8.1% per annum far outweigh that of the growth in Muslim population, which is at 2.5% per annum.

The fundamental concept behind Th’s establishment was to enable Muslims save for pilgrimage without any fear of their money being tainted by riba. That still remains. Furthermore, Th has been encouraging Muslims to save not only for Hajj but also for investment purposes and in the process earn profit out of their savings. To date, Tabung Haji is able to provide not only efficient Hajj and deposits services but also attempts to generate reasonable returns on their investments. 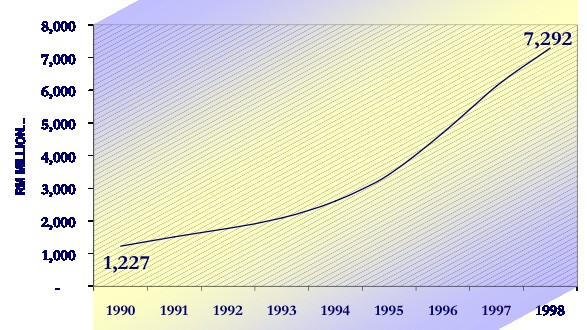 Portfolio: Tabung Haji is also actively involved in a variety of economic enterprises namely; capital market, commercial, industrial, housing development and plantations. Th’s portfolio as on Dec. 31, 1998 was RM3.5 in equity comprising investment in listed shares and direct investment in subsidiaries, RM1.8 billion in Islamic money market and RM0.7 billion in property investment. Translated into ratios, equity represents 58% of the portfolio with money market and property representing 31% and 11%, respectively.

Profit: As for the profitability, Th earned impressive growth over the years and quite evidently seems to continue to do so in future as well. As any other economic organization in the region, Th was also not spared from the Asian Economic Crisis. The profit growth was a bit lower compared to that of the pre-crisis level, nonetheless, it earned a remarkably high profit of RM576 million (US$152 million) in 1998. 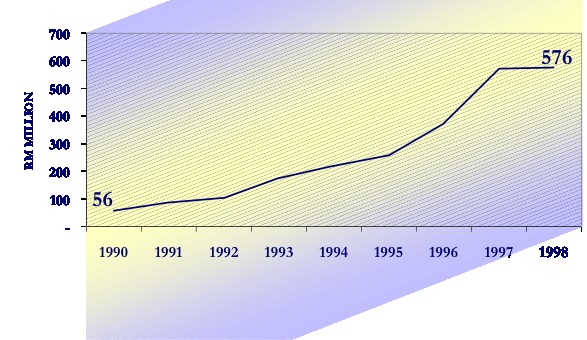 Dividend (Bonus): The bonus paid by Th to depositors is based on the principle of profit sharing that differentiate it from the concept of riba. Thus, the bonus is only paid if Th makes profit. The percentage of the bonus depends on the profits derived in a particular year. Th’s healthy profit over the recent years has enabled it to pay competitive bonus to its depositors well above market rates. It is significant to note that in 1966, within only 3 years of its inception, Tabung Haji was able to pay a 3% bonus to its depositors. Since then there has never been a year without bonus. Rather the rates have increased ranging between 4 to 9.5% excluding another 2.5% payment for zakat (tithe) which is paid by Tabung Haji on behalf of its depositors. 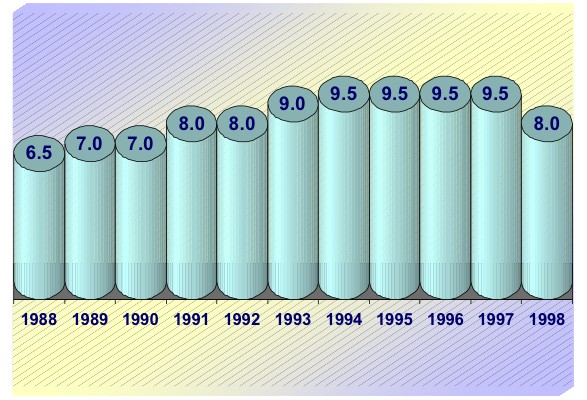