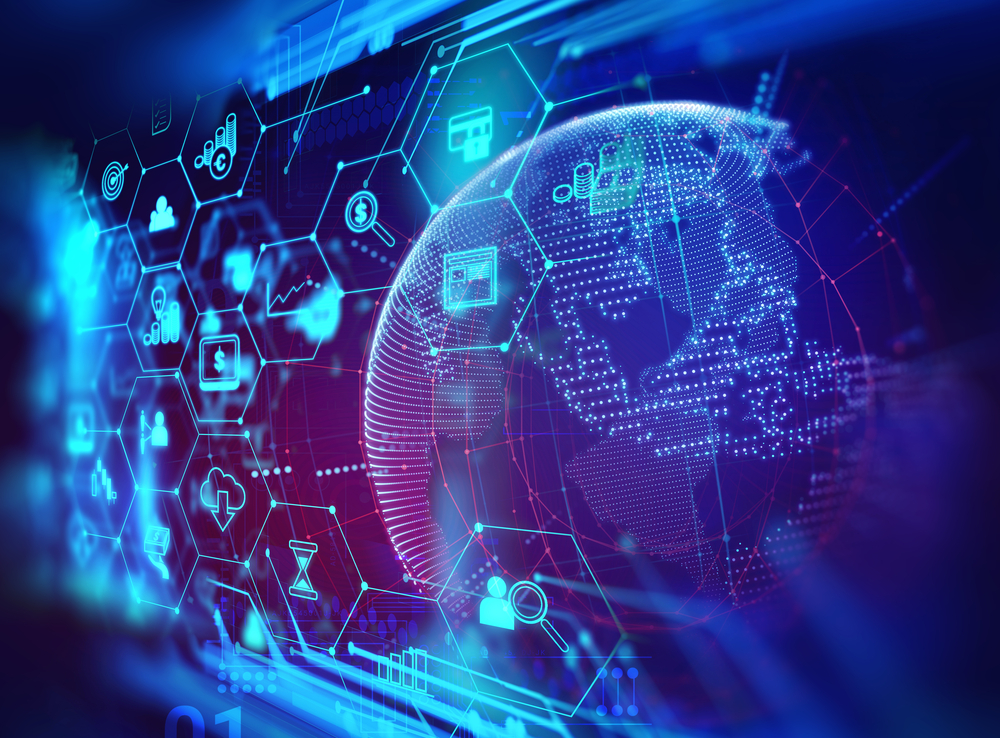 FinTech & Cryptocurrencies: The Future Impact of Zakat in the New Financial and Digital Economy

FinTech technology and cryptocurrencies are part of the new era into the Islamic World. Bitcoin and Ethereum as a legitimate form of currency and investment in Islam. Shariah law emphasizes real economic activity based on physical assets and frowns upon pure monetary speculation. New cryptocurrencies are seeing the light getting the approval of GCC governments (as “Rain”, in Bahrain and other several shariah-compliant digital coins have been launched in the market). Since Islamic scholars around the world have mixed views on the use of digital currencies, the question now is How these new cryptos or cryptocurrences (or assets as new asset class) will affect to the Zakat (the third Pillar of Islam) in the coming years.

FinTech and Cryptocurrencies into the Islamic Finance ecosystem

Blockchain is the name of a new technology. It is a sequence of blocks of connections that are chained together and distributed among the users (decentralized). It is an immutable record of transactions (although mostly economic you can stock any kind of information in the blocks so its applications or its potential to be use are huge). Blockchain is a decentralized ledger and managed by P2P networks.

Cryptocurrencies (or Cryptos) as well known as digital currencies, represent a value that can be digitally negotiated. Blockchain is the technology behind Cryptos so when you speak about Cryptos you have to have a brief introduction about Blockchain as well or at least

Facebook is launching LIBRA with additional 28 founding members. On this project (LIBRA) you can find companies such as eBay, Stripe, Mastercard, UBER, Coinbase, Lyft, VISA and many other big companies. That means that changes are for serious. It will be a matter of time when this comes to reality. I do not want to explain much about the protocol of LIBRA Blockchain itself. I want to draw all readers attention the numbers and sizes of the founding partners on this new launching. This is something to be worried about. My guess is that this is a real threat for the conventional and traditional financial system since the number of active Facebook users we are talking about is bigger (and growing) than no one can imagine: Over 2.4billion as of Q2 2019 (one third of the world population). That sets Facebook as the first social media network in the world.

What would happen if companies such as Souq.com (now Amazon), ARAMCO, CrediMax, issued their own Cryptocurrency or become founding partners on different new launchings in the coming years?

Islamic Institutions are also dealing with local entrepreneurs and new initiatives for launching new blockchain and digital financial new projects to be more competitive on financial technology, smart contracts and Shariah Compliant ICOs backed by assets or having got the approval of local (GCC) central banks and regulatory authority.

In the following link https://tokentops.com/rating/, you can find the general ICO list where you can find all ICO projects that have been listed on Token Tops - ICO list with ratings, reviews and countdown.

When you are buying of investing in Cryptocurrencies (decentralized) there is no control about KYC (only in very few cases such as Regulatory Sandbox, or Sandbox License, in The Gulf, or in the case of Ripple). No Government regulations or Other institutions to protect the viability and financial stability in the financial system. No protection for small or retail investors (the weakest part of the chain)

They need to have a special category for projects that have disappointed crypto world and turned out simply to be a scam. These are the projects that need to be avoided and which destroy the good name of very interesting crowdfunding method that Initial Coin Offering is, but do not worry, not every ICO is a scam.

As per the site tokentops.com and information published uploaded, most of new ICO projects are first announced at the bitcoin talk forum, but a big number of them are scam. That is a sad true. There are no real people behind such projects, no white-paper either business plans. They just beg for money from ordinary people, while others hide behind allegedly real project, raise the funds then disappear or say that they have to end the project for whatever reason.

There is no doubt about the benefits that FinTech (and for sure Blockchain technology) brings to the banking and financial industry, not only for conventional as well as Islamic Financial Institutions: It will improve the competitiveness of all entities, reducing costs, automatization of processes, Robo-Advisors, smart contracts, and creating a more friendly new way of banking (user friendly, reducing transactions time and generating profits for all counterparts)

Artificial Intelligence is a big changer in the industry. Big Data as well. Cybersecurity; IoT; Blockchain (and its application for many industries). Most of the banks in the future will become depositaries of data instead of fiat currency, so the more data they manage (and the quality of it) the bigger will be and more control they will get.

Having the banks and finance at your fingertips means that millennials and baby boomers are both much closer doing something as simple as manage savings, payments and buy goods. That is why the retail trends are changing big time since very few customers come to the mall and million of people are doing transactions 24/7 in Amazon, Alibaba, eBay and other e-commerce platforms.

According to the website Statista the number of smartphone users worldwide today surpasses three billion and is forecast to further grow by several hundred million in the next few years. China, India, and the United States are the countries with the highest number of smartphone users, with each country easily surpassing the 100 million user mark. By 2021 will reach almost four billion of users

From some Scholars a cryptocurrency has to have a very stable ledger and Blockchain is a decentralized ledger which it means that anyone can download the ledger.

The questions for discussions here, from Shariah perspective is if Cryptos are a Currency as a medium of exchange (being Maal as store of value) or if trading cryptos is like trading currency. Different answer will create highly controversial regarding are permissible or not permissible and it is very difficult to find Scholars with same opinion that helps and clarify these two questions (Are cryptos as a medium of exchange? Trading cryptos is like trading currency?)

In the old years when the Gulf fiat money was created, we had Gold (Dinar) and Silver (Dirham) from Romans (Dinar) and Persians (Dirham) so then you had a very precise value backed by Gold or Silver. Nowadays, in many cases, this is very difficult to find it in new Cryptocurrencies.

Zakat is the third Pillar of Islam and most probably the first of its economic system, so according with it represents the mechanism to set up economic justice and to provide, let say, fuel to the economically unlucky (both for which Islam is very sensitive)

It is s based on income and the value of all of one's possessions. It is usually 2.5%  of a Muslim's total savings and wealth above a minimum amount known as Nisab, but Islamic Scholars differ on how much Nisab is. According to Islamic doctrine, the collected amount should be paid to the poor, the needy, Zakat collectors, those sympathetic to Islam, to free from slavery and for debt relief.

Nisab in Shari’ah is the minimum amount that a Muslim must have before being obliged to Zakat. Several hadith have formulas for calculating Nisab and explain this concept is not the purpose of this chapter. In short Zakat Net Worth > Nisab then you owe Zakat; on the flip side Zakat Net Worth < Nisab it means you do not owe Zakat

In accordance with it owing Cryptocurrencies (since are assets that lately increase their value) should be subject to Zakat as well, and in a moment of the cycle (living a booming moment in FinTech as other new digital industries, as AI, Cybersecurity, Blockchain technology for applications in many industries, Big Data, IoT, SaaS, etc) this would increase the Zakat collection for Islamic community and it will contribute to a broader recipient of Zakat (large number of beneficiaries)

Nowadays since the information about the crypto owners is not transparent, is very difficult to show a ballpark about this potential impact and its way of calculation, because very few players are sharing information about their ownership doing disclosure of how many cryptos they own (Bitcoins, Ethereum, or other Islamic Cryptos launched in the recent year)

This is a game changer that all Islamic countries (and all brothers and sisters) should take into account.

My guess is that the local governments (GCC and other in the Islamic world, such as Malaysia, jus for mentioning regions where FinTech and Cryptos are both very popular) should open this issue with their Shariah Scholars and regulators because affects directly to one of the main pillars in Islam as I mentioned in the beginning of this chapter. I am sure that none Shariah Scholars or very few have thought about this issue, but for sure nobody is speaking out clearly. It is true that none of the would like to be the first to open the discussion but someone should be bold enough, especially for the benefits of the Islam (and the beneficiaries of the Zakat) so the sooner the better. My view is that Scholars are able to judge that are not stated by the Prophet ﷺ regarding Zakat and issue a fatwa.

However, there is no consensus about the role that cryptos play in any financial or real economy system. Are those financial assets or by contra they should be treated as money (digital money)? The question is not easy to answer but one thing is clear: A cryptocurrency (as Bitcoin) is an asset convertible in cash quickly with high volatility (so let’s consider as a stock)

The initiatives launched in the region (the Gulf) such FinTech Bay and the new sandbox regulations issued in Bahrain (by Central Bank of Bahrain) have had to see the light of new Islamic Cryptocurrency such as Rain (regulated by the Kingdom of Bahrain).

According to the previous statement increase value on cryptos that is also subject to Zakat. It would be a good exercise to give a close amount about the potential collection on Zakat based on the increase of value of the cryptos (as long as the owners would be willing to disclose such information)