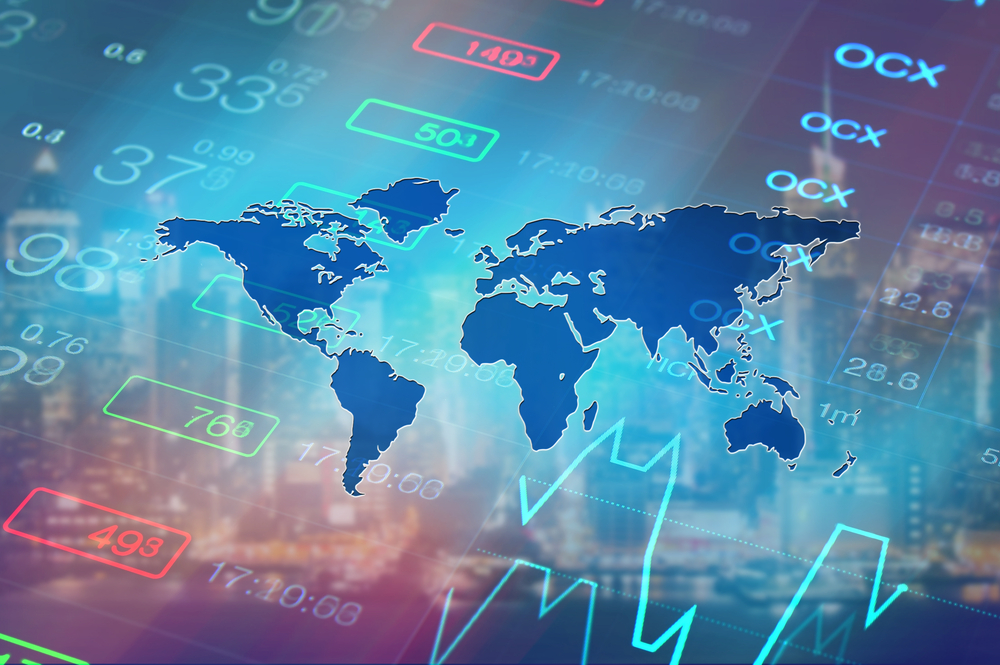 The whole world is sinking in debt. In the U.S. over 50% of household savings goes to pay debt. In Belgium 11.2% of GDP goes to payment of interest on public debt Belgium and the U.S.A are but examples of the debt situation in industrialized countries. Italian government debt is equal to 105% of GNP, and 70% of government revenues goes to payment of interest. Italian taxpayers are doing little other than providing income for investors in government bonds most of whom are not poor. In the U.S.A 72% of government expenses goes to interest and retirement benefits. It is expected that such percentage will keep growing because of debt, that it may require all the government revenues to go to payment of interest, before the end of the century. In LDC’s the problem is even worse. At the end of 1991 total hard currency of developing countries were $ 1,608,000 million, which jumped to $ 1,701,000 million in 1992 and expected to keep rising. In 1980, the net transfer from Industrial countries to LDC’s was $ 35,000 million. In 1992 the net transfer reaches $ 60,000 million but in reverse, i.e. from LDC’s to the industrialized countries in the form of debt and interest payment. Even the private sector is sinking in debt. In the U.S.A private business debt equals to 42% of GDP.

Debt Vs equity is not only an economic issue, it is also a moral issue. This is because debt that is based on interest has the detriment of being compounded. With worldwide inflation (and deterioration of the terms of trade from LDC’s) debt is an enslavement process.

Not only that debt creates instability internally and internationally, it is also so detrimental to equitable distribution of income. Certainly, we despise debt because it is based on riba which is one of the greatest sins in our religion. But even wise people who are not Muslims know how destructive debt is. After reviewing the world debt crises, an official world bank document commented in 1993: “Risk sharing contingencies should be built into financial contracts to make crises less likely and less costly if they occur”. Certainly, they mean risk sharing a form of Musharakah, the advantage of which we know very well as Muslims.

Mexico is a case in point. Most of the capital inflows on which investment was based was through bond issuance. The whole economy collapsed, because at one point investors found that U.S interest rate in real term is higher than that of Mexico so they start withdrawing their money causing the exchange rate of the currency to collapse.

If we look at the world financial system today, we find that it is nothing but a vehicle for the exchange of debt obligations. For every $ of real goods or services exchanged in the world today, there is $ 1000 of monetary obligations being exchanged.

A world undertaking: Equity not debt:

We owe, as Muslims to ourselves to eradicate debt from our societies. We have to reestablish partnership as the mainstay of our financial intermediation. And we owe it to the world to give an example of how human societies can be emancipated from the pound of debt, into prosperity and equitable income distribution.

We need the world just as much on the world need us. But when it comes to investment, we shall welcome the world as partners not creditors. Not only that this means we are having the benefit of the foreign capital without the disadvantage of losing our independence, but we will also show the world the greatness of our economic system which cares about fair dealing. One can always claim that direct investment means ownership. This carries a risk of losing control of our own assets. Experience show, however, that more investment means more assets to be owned not lost.

b) A capital market based on share not bonds:

For centuries, savers are separated from investors by a financial intermediary, the bank. In the last few decades, however, a process of reintroducing the direct connection between savers and investors took place. This is through the tremendous growth in capital markets. Reason being that! “People want to take the actual risk of business not the risk of the bank”. How familiar such a statement is to the model of Islamic finance. Our concept is exactly that. Providers of funds should share the risks and rewards of business. Capital market are more in tune to our system than to the capitalist system. Capital markets are so important to Muslim countries in the next century. Not only that they will help channel savings into most profitable investment projects, they will be the link between our economics and the rest of the world. They, however, have to be based on equity not debt. We want more shares and less bonds. Muslims need to make it a role that their capital markets are basically equity based.

Birth rate in most European countries is below replacement level. The OECD birth rate is already below 2 children per couple. In Germany and Italy below 1.5. Almost all industrialized nations are facing the same situation.

In the next century, these countries, with improvement in health care and longer life expectancy will be quite aged. this means that the majority of the population will be dependent on the few who are still productive. Most importantly, however, these countries will face a saving problem. This is because the income generated by those who are still producing will not be enough to support the retired people, the government as well keeping a sufficient rate of saving for investment. In their important report about the global capital market, Mckinsey financial investment group have shown that the west’s, demographic changes are such that saving rate will not keep up with the needs of the capital markets nor with government financial needs in an age of reduced taxes.

A glance at the Muslim countries shows the exact opposite picture. Youthful societies. Not only that the demographic mix is such that young productive member of society constitute the vast majority, our growth rate is the highest in the world. In the next century, the world will be looking at us to be the engine of growth.

This is because our societies now have the opportunity to be the highest savers in the world. This means that we will have a source of sustained growth. Furthermore, with few other countries (like China which incidentally have few hundred million Muslims) will be the makers (or breakers) of world prosperity and growth in the 21st century.

It is because of this, financial institution everywhere, are doing their best to “tap” the “Islamic money”. They try to position themselves now to be able in a decade or two to have full access to Muslim savings, for this they are willing to go into Islamic banking full gear, if this what it takes to be there.

Our plan for the next century should include building strong financial institutions that is capable of channeling Muslim savings into Muslim investment, and have the skill and ability to cultivate this unique historical opportunity.

Dear Dr. Elgari:
This was an excellent article. Thank you very much.