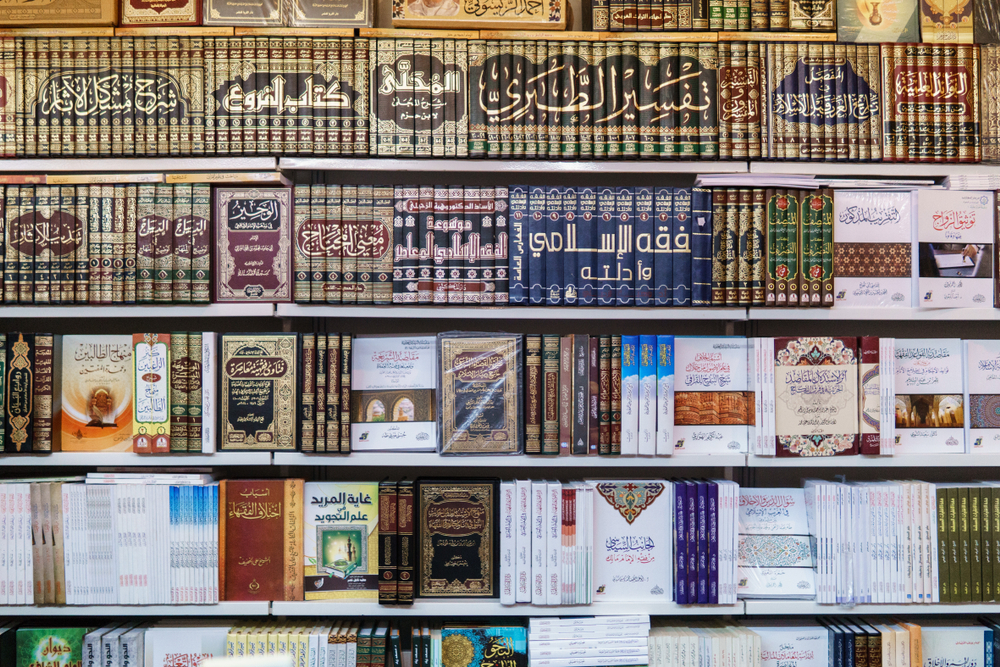 Every now and then I will bring to the attention of the readers a particular book of Fiqh and its author. This is not a critique of a book or its author, instead it’s to complement the knowledge of the reader and to ignite interest in students of Islamic Finance in learning more about our common heritage.

These books can in fact be very helpful. They are a window to the past. They describe issues, some of which, we are still dealing with. They give us a sense of matters that were important to the people of that time. They give us also a sense of the different disputes between scholars and schools of jurisprudence.

In addition, they always have sometimes amazing historical facts and amusing stories.

Ibn Rushd (1126-1198 A.D.) was better known as a philosopher and physician in Córdova, Spain during Islamic rule. He actually served as the royal physician at the court of Al-Muwahidin Caliphate, and wrote a medical treatise called “Al-Kulliat fi Al-Tibb” or General Principles of Medicine. He was also a judge just like his father and his grandfather before him. He served as a judge in Seville and as the Chief Qadi (Judge) of Córdova. He is better known in the West as Averöes, and as “The Commentator” for his works on philosophy and Aristotle. Many of his works are lost, while others survived in Latin or Hebrew but not in the original Arabic. His grandfather was equally known and also a judge in Andalusia. In fact some of his grandfather’s fatawa are available in libraries in Paris.

“The Distinguished Jurist’s Primer” is breathtaking in its detail, and it would be difficult to find an equivalent legal book of the time anywhere in the West. The Book is about comparative Islamic law discussing the views of different schools of Muslim Jurists. Ibn Rushd however hoped that The Book would provide the student with the tools necessary to derive on his own the sources of law. In Ibn Rushd’s own words:

“We have designed the book in such a way that with the help of its methodology, he (the student) may attain the status of Ijtihad… It is by learning the relevant issues and being equipped with these tools, that he deserves to be called a faqih, not by merely learning too many details of fiqh even if he has memorized the maximum that is possible for a human being.” Ijtihad is the effort in finding a legal solution.

This is not a very large book in comparison with other well-known Fiqh books such as for example Ibn Qudamah’s “Al-Mughni”. However, it’s precisely because it’s summarised that it becomes very helpful.

The Book of Sales (Buyu) for example is around 78 pages with five main parts and numerous sub chapters, discussing such subjects as: identification of the kinds of sales, conditions of the validity of each kind, causes of vitiation (faults), the rules of valid sales, and the rules of vitiated sales.

Ibn Rushd not only describes issues in clear language but also provides the consensus view where available, such as is this paragraph from The Book of Sales:

He also explains areas in detail where there is disagreement among scholars, again from The Book of Sales:

“The things sold are of two kinds: things present and visible, there being no dispute about (the validity of) their sales; and things absent or impossible to see (or examine), in these there is disagreement among the fuqaha’.”

There are always interesting discussions in this book about very important subjects that still create dispute to this day, and are very important to the industry of Islamic Finance. This one for example is a discussion relating to whether it is permitted to pay less if one pays early:

“Da’ wa ta’ajjal (or loss for hastening the period of payment) was permitted by Ibn Abbas out of the Companions and Zufar out of the fuqaha’. It was prohibited by a group, among them are Ibn Umar from the Companions and Malik, Abu Hanifa, Al-Thawri, and a group from among the fuqaha’. Al-Shafi’ has different opinions in this. Malik and most of those who reject Da’ wa ta’ajjal consider its form to be that a person who has a debt outstanding for a certain period, hastens the period by taking payment even though the amount paid is less than what was due to him. The reliance of those who did not permit hastening for loss is that it resembles excess with a period, which is prohibited, by agreement. The basis of this resemblance is that he has rendered a part of the price equivalent to and in exchange for the period on two counts, that is, when he increased the period he increased the price proportionately and when he reduced the period he reduced the price proportionately. The reliance of those who permit it is what is related from Ibn Abbas "that some people came to the Prophet (God's peace and blessings be upon him) from Banu Nadir, when he ordered their expulsion and said, 'O prophet of Allah, you have ordered our expulsion, but we have debts outstanding against people with remaining periods'. The Messenger of Allah (God's peace and blessings be upon him) said, 'Decrease and hasten'". The reason for disagreement is the conflict of qiyas al-shabah with this tradition.” (Qiyas Al-Shabah is a type of Qiyas ‘Analogy’ used to determine a ruling and is very complex and beyond the scope of this article).

Here we see how interesting these books are. They dealt with issues that are still problematic and important even today. Reducing the loan amount for early repayment. This is an issue that every Islamic Financial institution has to deal with as it relates to home and other types of financing.

Today, this is allowed by many including the OIC Council of the Islamic Fiqh Academy which ruled on the issue in RESOLUTION N° 64/2/7 in its seventh session held in Jeddah, Kingdom of Saudi Arabia, from on 9 - 14 May 1992:

“To reduce a deferred debt with the aim of accelerating its repayment, whether at the request of the creditor or of the debtor (pay less but ahead of time), is permissible in Shari'a and does not fall within the province of Riba (which is forbidden) if it is not based on an advance agreement and as long as the relationship between the creditor and the debtor are bilateral. If there is a third party between them, the reduction is not permissible as it will then be subject to the ruling on discount of commercial papers.”

The issue of “advance agreement” is still being discussed today.

Here’s another issue that Ibn Rushd deals with that is also relevant to our times and with which many people still seem confused about is validity. This one is from The Book Of Sarf (Exchange):

“The jurists agreed that among the conditions of sarf is that it should be immediate (najiz), however, they disagreed about the time in which this meaning is realised. Abu Hanifa and Al-Shafi’ said that sarf is immediate if it takes place before the two parties to sarf separate, irrespective of possession being prompt or delayed. Malik said that if possession is delayed within the session sarf is void, even if they have not parted, so much so that he disapproved the fixing of a time in it.”

Today some have not understood the issue related to foreign exchange dealing and view the rule that it must be “hand to hand” as in the Hadith. While most scholars approve that a two-day settlement is acceptable as it fits in with the rules of the exchange having taken place within the session of the contract.

The book clarifies matters greatly by listing the areas of dispute in a particular contract, and then sets out to give you details of the disagreement and the position of each school. Here’s an example from The Book Of Salam (Advance Payment):

“They disagreed about four conditions. First is the period of delay, whether it is a condition in it. Second, whether the species of the muslam fih (that is, the subject-matter of the contract) should be in existence at the time of the contract of salam. Third is the specification of the place of delivery of the muslam fih. Fourth, that the price should be determined either by measure, weight, or counting and that it should' not be juzaf (approximate).”

Ibn Rushd also gives us a view of his times and what he thought of the problems facing the science of jurisprudence. He provides a wonderful story about a cobbler to reflect his views on scholars of his time in The Book of Sarf:

“We find the (so-called) jurists of our times believing that the one who has memorised the most opinions has the greatest legal acumen. Their view is like the view of one who thought that a cobbler is he who possesses a large number of shoes and not one who has the ability to make them. It is obvious that the person who has a large number of shoes will (some day) be visited by one whose feet the shoes do not fit. He will then go back to the cobbler who will make shoes that are suitable for his feet. This is the position of most of the Faqihs of these times.”

This is not an easy book, and cannot be read lightly. But it’s a very important book, one that is referenced about a dozen times in the AAOIFI Shariah Standards. It’s best used as a reference by the student. I hope someday it will be mandatory reading for all Islamic Finance students.

Ibn Rushd’s fame was great, till this day he is renowned as a luminary of Andalusian Spain with a statue in his honour in his native city of Córdova. In fact there is both a lunar crater and an asteroid named after him.

It’s available online in English, translated from the Arabic and published by The Center For Muslim Contribution To Civilization, who have done an excellent work. It is in two volumes, and it’s Volume II that is especially useful for any student of Islamic Finance.