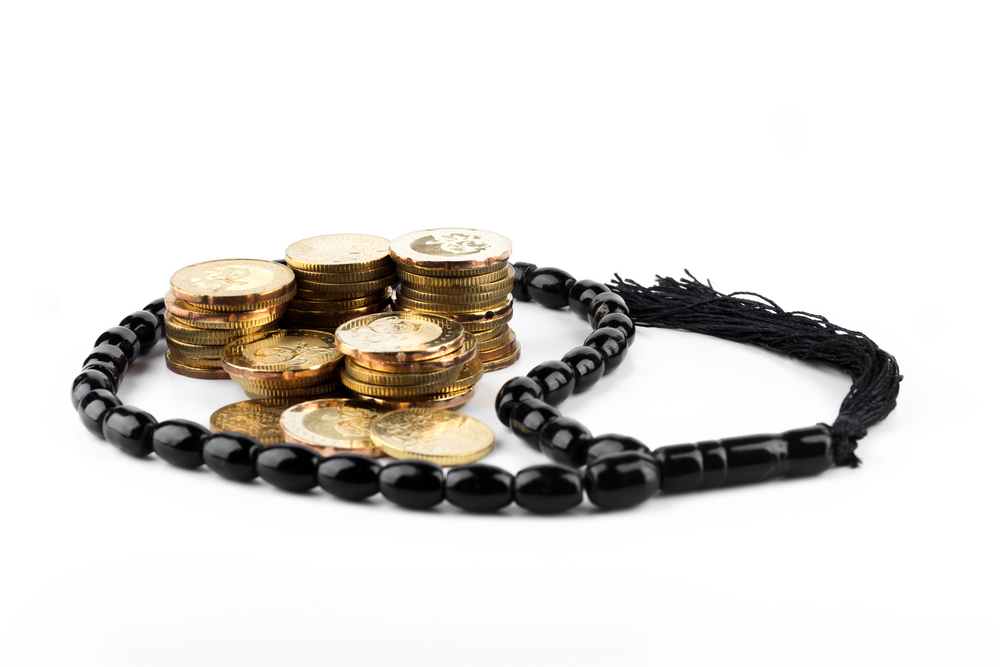 This is a very important area that is rarely discussed in Islamic Finance courses. It mainly belongs to the Maliki School. It goes to the heart of sale and buybacks to discover where Riba exists and it focuses on the resulting cash flows to arrive at a ruling on each transaction.

“For example a person sells to another goods for ten dinars in cash and then purchases the same goods from him for twenty dinars on credit. When the second sale is related to the first, it becomes apparent that one of them has paid ten dinars in exchange for twenty with a delay. Such transactions are called deferred sales {buyu’ al-ajal).” This was Ibn Rushd’s description from the English translation of ‘Bidayat Al-Mujtahid’, known as ‘The Distinguished Jurist’s Primer’.

He goes on to explain: “as it becomes a means for money lending in most of the cases and the parties reach it through what is beyond sale and is not genuine.”

The term is best translated as Delayed Sales, this way we differentiate it from the normal Deferred Payment Sale.

This term relates to a group of 12 types of sales that involve two transactions based on time and price pertaining to the same item and the same seller and buyer. Some of the structures cause Riba and are not permissible.

This is an area that is known for its association with the Maliki School, and is well written about in many Fiqh books.

These twelve pictures have been analyzed where 9 were found to be permissible and 3 as forbidden. The general criteria that serves as a controller has 3 rules:

If we divide the sales transactions based on prices relative to each other, the picture will become clearer.

The Price of Both Transactions is Equal:

You can see from the above, the rule works, and here all transactions are permissible. There is no benefit from any of the cash flows.

The Price of the Second Transaction is Lower:

Here you can see that the first two transactions a) and b) create a loan with interest, as the seller retains the product after the repurchase and pays a lesser amount starting at an earlier period, which of course creates a period where it starts with a lower amount and ends with a higher amount, a definition of Riba. In fact, the first transaction here a) is otherwise known as Bay’ Al-Inah which we saw in an earlier article as forbidden. However here, the Maliki School places it within the Delayed Sales category. They actually call other structures Bay’ Al-Inah, such as the known Murabahah to the Purchase Orderer.

The Price of the Second Transaction is Higher:

Only the last transaction d) causes any issue since it makes the deal grow from 120 to 140 starting in one month’s time, a Riba situation.

You can read some of these issues in Maliki School Fiqh books such as ‘Mukhtasar Khalil’, a summary of Maliki Fiqh by KHALIL BIN ISHAQ AL-JUNDI (died c. 1374 A.D.): “He who sells on deferred period and repurchases with the same type of good, food; then it’s either for cash, or for a deferred period, shorter or longer, or the same price, lesser, or higher; three are forbidden, where the lesser amount is paid earlier…”

The reason these structures are important to understand is that this is the way Riba rears its ugly head. Riba is insidious and dangerous; and as such, seemingly legitimate contracts of sale could be a cover for nothing more than a lending operation which is effectively a sale and a loan that are prohibited for this very reason. AL-MAZARI (died c. 1141 A.D.), a Maliki scholar explains in his ‘Sharh Al-Talqeen’: “A sale, if affected legitimately, is permissible by consensus (Ijmaa’), and a loan, if on its own and the lender did not intend a benefit to himself, but instead a benevolence towards the borrower is also permissible by consensus. But if they are combined, where there is a sale conditional upon a loan, then Shariah forbids the combination. This is because of fear that if a loan is combined with a sale, it would be a loan with an increase, where there’s an increase in the price of the merchandise, but what was really intended was an increase on the loan. A loan with an increase is forbidden by agreement. Separate, they are permissible, together they are forbidden to protect against the forbidden.”

In ‘Fiqh Al-Riba’ by Dr. Abu-Zaid, an excellent explanation is given which I will summarize here: For the Malikis, Bay’ Al-Inah involved different methods, but differed from the Delayed Sales in that the merchandise actually changes hands. In one version, a person would ask another to buy for him an item at a price and then sell it to him on deferred payment at a higher price. The Malikis forbid this type if the profit is declared.

Another despised version is when someone needs a loan of 80 and is willing to pay back 100, but of course this is Riba. What results therefore is a purchase of a good worth 80 for 100 deferred. The buyer then sells the good for 80 in the market. This type of sale is called ‘Tawarruq’ by the Hanbali School.

The difference for the Malikis is whether there was collusion between buyer and seller. The reason being is whether the seller was a natural seller or not. A natural seller means someone who is in the business of trading. As such, if someone did not naturally own the product and was engaging in any agreement with the buyer, then this is a forbidden case of “selling what you do not own”, this Hadith was reported by both AL-TIRMIDHI (died c. 892 A.D.) in his ‘Sunan’ and AL-TABARANI (died c. 971 A.D.) in ‘Al-Mu’jam Al-Awsat’. This is because the Malikis as other schools consider collusion or pre-agreement as having the same strength as a contract, so that if you have agreed to buy and sell something to someone, then you have already sold it. This creates a suspicion of Riba.

This was due to the fact that there were a group of individuals who were given the title ‘Ahl Al-Inah’ or people of the Inah. These were effectively financiers who did not trade or own goods, but dealt with those who needed goods, and perhaps people who mainly needed funds. As such, the suspicion was to ensure a stricter practice to avoid any Riba.

You have probably guessed that this is the same structure as the current Murabaha for the Purchases Orderer, which is Standard No. (8) in AAOIFI’s Shariah Standards.

Even if there weren’t a deferred payment agreement, then there would still be a problem. For example, if someone asks another to buy for him an item for 10 and he would buy it from him for 12 cash, then even when there’s no delay, this would involve a type of Loan and Ijarah together, which are forbidden as they are a type of Loan and Sale type. Some called it Ijarah because the person asked to purchase is as if he is working on behalf of the one who commanded the product. Others call this a Loan and a Sale, because the person ordered to buy is using his money to buy the goods, as if he is lending the first person who ordered the purchase, and so, any benefit on the loan is Riba.

AAOIFI take great care in their standard on Murabahah to ensure that the agreement between the financing Institution and Customer is a true sale. It does this by specific clauses that are mandatory in the process of The Murabahah to the Purchase Orderer such as:

“2/3/1 It is not permissible that the document of promise to purchase (signed by the customer) should include a bilateral promise which is binding on both parties (the Institution and the customer).” They go on to explain: “The basis for not allowing a bilateral binding promise is because it amounts to a contract prior to acquisition of the item to be sold. The International Fiqh Academy has issued a resolution in this respect.” This ruling was in Resolution No. 41 (3/5) in December 1988 in Kuwait.

Among other rules for this type of sale, AAOIFI also includes the following:

“3/1/1 The Institution shall not sell any item in a Murabahah transaction before it acquires such item.”

Delayed Sales can be extremely complicated, and we haven’t even discussed here any of the transactions above if the deal involved only part of the price, which is another very complex issue. But they are important to understand since Riba can be mainly present in the appearance of a sale transaction.