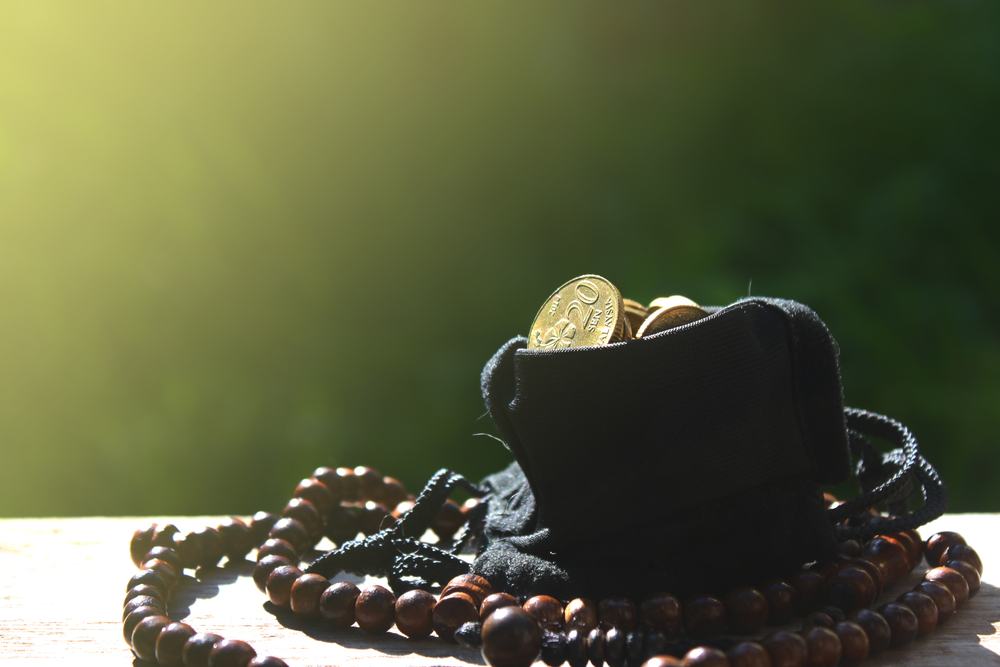 The following are three famous tricks in circumventing Riba. They are well known and have been discussed throughout history in many books. Financial trickery in general has also been discussed and documented quite well.

The three most famous are Bai’ Al-Inah, Bai' Al-Wafa, and Bai’ wa Salaf.

In AAOIFI Shari’ah Standard No. (25): Combination of Contracts, these issues are discussed and some famous tricks are given excellent definitions:

It is a sale whereby one party, for instance, sells the commodity to the other for one hundred dollars, on deferred payment basis, and repurchases it from the other for eighty dollars payable on spot. In fact, the sale transaction here is nothing but a mere trick for practicing usurious lending, and the commodity is used for no purpose other than facilitating the usurious transaction. The deal in this case has nothing to do with the purposes and objectives of sale, nor does it contain any element of them. In other words ’Inah takes place when one party buys a commodity from the other
on deferred payment basis and before making payment sells back the same commodity to the other for a less amount of money payable on spot.

This transaction is well documented and written about in practically every classic and modern book, so it suffices to quote only a few scholars on the subject. IBN QUDAMAH (died c. 1223 A.D.) in ‘Al-Kafi’ writes: “As for Bay’ Al-Inah, it is when one sells merchandise for a deferred payment then buys it back for a lesser price immediately, it is not permissible…because this is an excuse for Riba, for he has inserted the asset in the transaction to legitimize the sale of a thousand for five hundred.”

In IBN ABIDIN’s (died c. 1836 A.D.) ‘Hashiat’, the description of Bay’ Al-Inah is also recounted and several forms are given. However, the conclusion was that only one form is what would be called ‘Inah’, which is when the merchandise returns to the original seller: “…If you did it in a way that what returns to the seller is what he sold or some of it…then this is hated, meaning forbidden, but if it (the merchandise) doesn’t return, such as if the debtor sells in the market, then it’s not hated…and if the merchandise does not return to the seller, then it’s not called Bay’ Al-Inah, because it (this sale) is (takes its name) from the asset that has been returned, and not any asset whatsoever…”

AL-MARDAWI (died c. 1480 A.D.) in ‘Al-Insaf’ also discusses Bay’ Al-Inah based upon Imam Ahmad Bin Hanbal’s statement: “Whoever sells a commodity on deferred payment basis cannot repurchase it immediately for cash for a lesser price, unless the commodity has changed description.” The main issue here is the collusion to perform both acts, He goes on to say: “If he intends by the first (transaction), the second, then it’s forbidden.”

It just needs to be said that some schools of Jurisprudence see this as permissible such as the Shafi’i School versus the other three. This issue however is beyond the scope of this article.

It is a sale whereby the seller keeps the intention to buy back his sold commodity. One of the most popular forms of this type of sale is when one party, who wants to obtain an interest-bearing loan, agrees to sell an income-earning asset to the lender. The lender will thus become entitled to the income of the asset as long as it remains in his ownership. The buyer then undertakes to return the sold asset to the seller whenever the seller pays back the same price to him. In this manner, the borrower (artificial buyer) succeeds to get the loan amount against payment of the agreed upon interest.

There is some controversy that at some point, this contract was acceptable. IBN NUJAIM (died c. 1562), a Hanafi scholar in his ‘Al-Ashbah wa Al-Nathaer’ states: “The need is the same as the necessary…from which we get the permissibility of Bay’ Al-Wafaa’ when debts increased for the people of Balkh and Egypt, and they call it Bay’ Al-Amanah, and the Shafi’is call it ‘Returned Collateral’. He then explains further a few pages later: “and the talk of Bay’ Al-Wafaa’…is that it’s permissible, they said: because of the people’s need for it escaping from Riba, and the people of Balkh were accustomed to debt and Ijarah which can not be done in plants/grapes, and the people of Bukhara were accustomed to long Ijarah and it can not be done in trees, they had to sell them on Wafaa’, and what becomes difficult for people, its ruling is eased.”

The issues that were discussed were whether it was actually a loan, which brings a benefit or collateral against debt. Collateral can be used to benefit the lender if given permission, however those who forbid it state that it’s actually a loan with a benefit, as collateral is usually a separate contract to provide surety for a loan, where this is simply a trick.

IBN TAYMIYYAH (died c. 1328 A.D.) in his ‘Majmou Al-Fatawa’ states: “Bay’ Al-Amanah whose content is an agreement that if the seller pays back the price he is given back the asset, which has benefitted the buyer through Ijarah or living in it and so forth, is a corrupted sale by the consensus of scholars if there’s a condition as part of the contract and they disagree about the stipulated condition. The reality is that it is a corrupted in any case as the intent is Riba by giving money to a deferred time and the benefit on the money is the profit.”

This is forbidden by the OIC International Islamic Fiqh Academy in their May 1994 meeting in Jeddah, Ruling 66 (4/7)[1]: “The reality of this sale is that it is a (loan that brings a benefit) and is a trick of Riba, and is not permissible according to the consensus of scholars. This contract is therefore forbidden.”

Hadith also forbids combining a Sale and a Loan as it’s a lead to a Riba loan, where the buyer purchases goods from the seller at inflated prices on condition he receives a loan. Excess price is nothing but Riba.

AAOIFI relates the Hadith associated with this type of transaction: “The bases for the prohibition of stipulating a contract of sale within the contract of Qard are the following: The saying of the Prophet (peace be upon him): “A Salaf (loan) and sale (in one contract) are not permitted nor are two conditions in a sale nor the profit from a thing for which the liability for loss is not borne nor the sale of what you do not have”. (Related by Abu Dawud).”

This is discussed in IBN AL-QAYYIM’s (died c. 1350 A.D.) ‘A’alam Al-Muwaqi’in’ where he states: “The Prophet (peace be upon him) has forbidden the combination of a Loan and a Sale, whilst on their own are permissible. This is because it is a subterfuge to lend him a Thousand and sell him merchandise worth Eight Hundred for another Thousand. Thus he would have given him a Thousand and merchandise worth Eight Hundred to take from him Two Thousand, and that is the meaning of Riba.”

Very good and informative working Brother Nizar. Thanks for your efforts in this regard, and will wait for part 9. (edited)

Thank you brother Nisar.
Much appreciated.