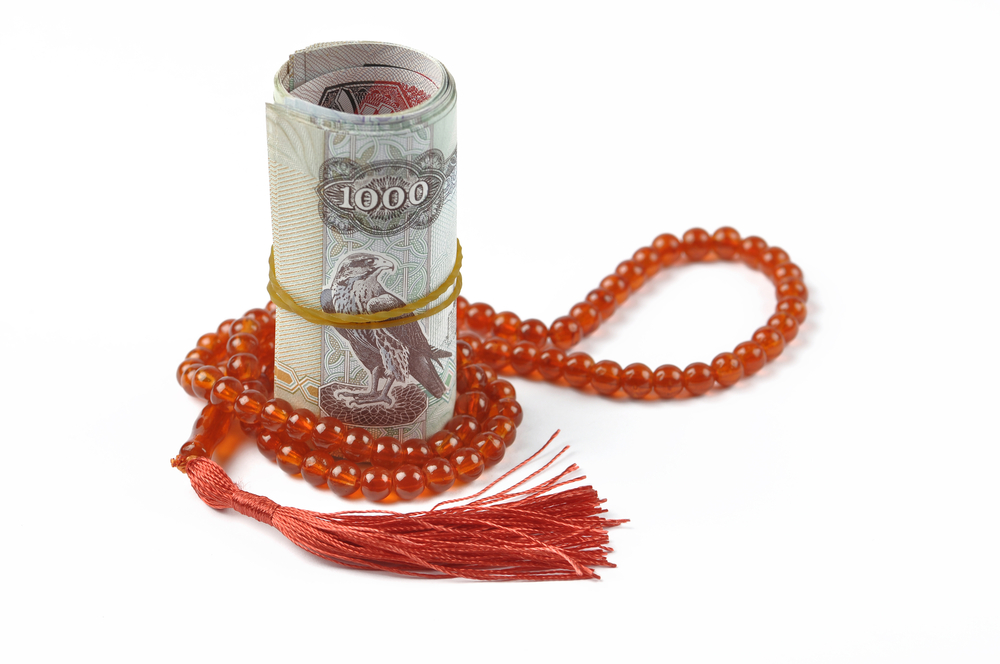 Gifts in Qard are of particular importance and they give rise to difficult situations. One has to remember that a gift given by the borrower to the lender is construed as a benefit of the loan and thus can constitute Riba.

There are two cases here: a) A gift given at the end of the loan, and b) a gift given during the loan.

a) A gift at the end of the loan: This is not a problem, especially if it has nothing to do with any discussion of the loan, as this is considered to be of an excellent character and what is called ‘Husn Al-Qadaa’, that is, better at repaying obligations. This is based on actual experience of The Prophet (PBUH), and the Hadith reported by Muslim: “The best people are those who do better in repayment”.  This is reported in most Fiqh books for example ‘Al-Muqni’ of IBN QUDAMAH (died c. 1223 A.D.): “If he gives him a gift after repayment, it’s permissible.” And AL-BAHUTI (died c. 1641 A.D.) from ‘Kashaf Al-Qinaa’: “If he (the borrower) gives him (the lender) a gift after repayment, it’s permissible if without pre-condition or collusion.”

You can also read this in AAOIFI Shariah Basis of Standard No. (19) on Qard:

Material Benefits at the Time of Repayment That Are Not Stipulated:

The basis for the permissibility of giving an excess, in terms of quantity or quality, at the time of repayment by way of generosity and goodwill, when these are neither stipulated nor is there a practice of paying them, is the Hadith reported from Abu Rafi’, may Allah be pleased with him, that the Messenger of Allah (peace be upon him) borrowed a very young camel from a man and then wished to present to him one of the camels of the Sadaqah (Zakat), so he asked Abu Rafi` to repay the man his camel. Abu Rafi’ returned it to him and said, “I do not find anything there except a full grown four year old camel.” The Prophet (peace be upon him) said, “Give him this camel. The best people are those who do better in of repayment”.(4) It is reported from Abu Hurayrah that a man came to the Messenger of Allah (peace be upon him) seeking alms. The Messenger of Allah (peace be upon him) borrowed food amounting to one-half of a Wasq and gave the man this. When the lender came demanding his loan, he gave him a full Wasq saying, “One-half of this is your repayment and the other half is a present from me”.(5)

(4) Related by Muslim in his “Sahih” in the Book of “Musaqat”, chapter on the person who borrows may return what is better.

b) A gift given during the loan period. This is not acceptable unless it was already a habit between the borrower and lender to exchange gifts, so that it’s not tainted with any suspicion it’s to do with the Qard itself. AAOIFI explains in their    Shariah Basis of the Standard for Standard NO. (19) relating to Qard: This is reported in “Sunan” of IBN MAJAH: “From Anas Ibn Malik, may Allah be pleased with him, who said: “The Messenger of Allah (peace be upon him) said, `When one of you grants a Qard and a gift is made to him by the borrower or he offers him a free ride on his animal, he is not to accept this from him, unless such a practice was prevalent among them prior to the Qard’.”

If however there is no previous relationship then it can still be accommodated if either 1) The lender deducts its value from the loan, or 2) Gives the borrower an equivalent gift in value. Again we see this in AL-BAHUTI: “If the borrower performs an act that is of benefit to the lender like a gift before repayment, it’s not permissible, if the lender does not take it from the value of the loan or give an equivalent reward.”

Suftaja and sometimes-pronounced Saftaja is a term not usually heard by Islamic Finance students. It was originally a Persian word.

Effectively it’s a transfer of money to another place. A person wished to protect himself from the dangers of the road, and thus prefers to travel without money, but requires funds when he reaches the new place. He thus provides another with a loan to be repaid in the other place. As it is a loan, and protecting against the dangers of the road is a benefit to the lender, then an issue occurs as to whether this benefit would give rise to Riba.

AL-QARAFI (died c. 1285 A.D.) mentions in his ‘Al-Thakhira’: “It is a paper on which timing of debts are written. For example, a man who has amassed money in one land, thus he lends it to you. You will then write for him a paper to take to your agent in another land. There you have money to repay the man his loan. This is for fear of the dangers of the road.”

It has many types, such as whether the borrower himself is the one repaying in another land, or his agent, and whether the repayment is the loan itself or from another debtor in another land. And even whether the transfer relates to an existing loan. Here it has to be said that there are similarities with Hawala.

The disputes relate to issues such as stipulation in the contract, and who benefits the most from the loan, the borrower or lender. AL-KASANI (died c. 1191 A.D.) has a brief discussion in his book: “this makes the suftaja that traders use disliked, because the merchant is benefitting from removing the dangers of the road (travel), and this resembles a loan with a benefit. But it is narrated that Abdullah Ibn Abbas (RAA) used to borrow in Madina and repay in Kufa, and this is a benefit of removing the danger of the road. That is because this condition was not stipulated, and that’s permissible.”

The scholars agree that if there’s no stipulated condition of repayment in another place then it’s permissible. They also agree if the contract is to the benefit of the borrower, or both, it’s permissible.

IBN ABIDIN (died c. 1836 A.D.) states in his ‘Hashia’: “If the Suftaja is stipulated in the loan, then it is Haram, and the loan with this condition is corrupted, otherwise it’s permissible.

IBN QUDAMAH in ‘Al-Mughni’ states: “Ahmad (bin Hanbal) stated that if Suftaja is stipulated, then it’s not permissible, meaning to stipulate repayment in another land. But it has also been said that it’s permissible as it’s to the benefit of everyone…Ibn Al-Zubair use to take money from Makkah and write to (Transfer) Musa’ab Ibn Al-Zubair in Iraq, and Ibn Abbas was asked and permitted, and narrated about Ali (RAA) that he permitted, and so did Ibn Seerene and Al-Nakhi’i…and the correct ruling is that it’s permitted because it’s a benefit to both without damage to one of them, and Shariah doesn’t forbid what is of benefit…and it’s not written that it’s forbidden and thus stays permissible.”

In addition to Ibn Abbas and Al-Zubair, there is also the story of Abu Musa Al-Asha’ari and his usage of Suftaja with the sons of Umar bin Al-Khattab (RAA).

My review led that it’s mostly permissible even if repayment in another land is stipulated given some of the custom of well-known people and the benefit that it brings and that three Sahaba (RAA) have used it.

AAOIFI deals also with this issue in Shariah Standard No. (19): Loan (Qard):

“Stipulation of Repayment in a Land (Place) Other Than That of Qard:

The basis for the permissibility of repayment in a land other than that where Qard was granted so as to provide a facility to the borrower whether
or not the lender benefits from this, is as follows:

1. The reports(2) from the Companions, may Allah be pleased with
them, which indicate the permissibility of stipulating repayment in a land other than that where Qard was made. This is a view upheld by the Malikis and the Hanbalis and it was preferred by Ibn Taymiyyah and Ibn Al-Qayyim Al-Jawziyyah.

2. The stipulation of repayment in a land other than that of the Qard is in the interest of both the lender and the borrower without causing injury to either along with the existence of a need. The Shari’ah does not lay down the prohibition of interests that bear no injury. In fact it lays down their permissibility. It does prohibit those that are injurious, but here the benefit is mutual and they are cooperating to arrange this. It, therefore, belongs to the category of cooperation and participation.

3. The basic rule in transactions (Mu’amalat) is permissibility, and the stipulation of repayment of a loan in a land other than that of the Qard is not expressly prohibited by the texts, nor is the meaning expressly stated in the texts so that prohibition could be extended through analogy. Thus, the repayment falls under the rule of permissibility.”

Thank you for your kind words dear Doctor. A pleasure.

Nizar, my supervisor approved my doctoral dissertation back in May, and in June it was sent to internal and external reviewers. By September I got the reviews: external (an Egyptian-Brit scholar experienced in sharia investment subjects) gave me a good "pass." The internal review absolutely destroyed my dissertation. His reason? Here goes: Muslims abhor riba, interest is the basis of the risk-free concept, and CAPM requires the risk-free rate. He asked me to rewrite the entire dissertation based on an Islamic CAPM. I spent almost 2 months writing a 13,000-word response, and now wait for his decision. My response was: the risk-free rate is just a concept, not an absolute. Like LIBOR can be a substitute for pricing the cost of capital in a sharia transaction, so can 3-month T-Bills substitute (or be a proxy for) the risk-free rate in CAPM. Up to now there has been very little work on an Islamic CAPM except in Malaysia. Scholars have not drilled down very far into the risk-free concept. Do you have any guidance on this? Thanks, by the way, for your amazing articles on riba, and thanks in advance for any comment you may have on riba as part of CAPM. (edited)