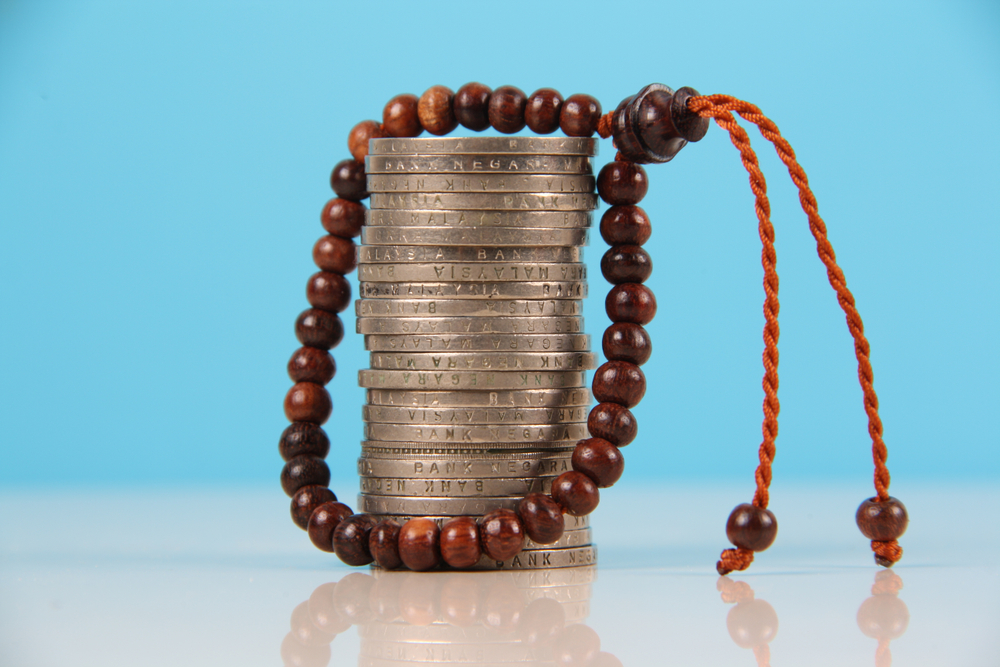 Riba is a very large and complex subject that occupies a very important place in books of Fiqh. But certain facts about Riba are hard to come by unless you read a variety of books dealing with the subject.

This is because each author analyses Riba from a different point of view. Some from historical, while others from Hiyal (Tricks) to circumvent Riba. Some even discuss Riba from a theoretical point of view that concerns the reason for prohibition.

Many of these facts need to be collected from variety of different books, and I have over 22 books just on the subject of Riba with over 3,500 pages. It is perhaps the most discussed subject in transactions due to its complex nature.

Dr. Rafiq Younus Al-Masri in his book on Riba, ‘Al-Jame’ fi Usool Al-Riba’ quotes a number of classic authors and their opinion about the complexity of Riba:

Another important statement about Riba were attributed to Umar Bin Al-Khattab (RAA) and mentioned by scholars such as IBN AL-ATHEER, and AL-ALOUSI: “We may be commanding you in what is not beneficial to you, and to refrain from what is beneficial to you, as Riba verses were the last to be revealed, and The Prophet (PBUH) died before fully elucidating the issue, so leave what is in doubt to what is not in doubt.”

Umar (RAA) also stated that: “We may have exaggerated in Riba ten times for fear of it”, and in another version: “We left nine tenths of Halal for fear of Riba.”

This is a small attempt at clarifying a few issues in a brief form for the reader. So I have collected a few issues about Riba of which the reader may not have been aware in the hope that this complements his knowledge and fills the gap.

Every Loan that Brings a Benefit is Riba

However, it has received the approval of the Sahaba (RAA) and the consensus of the scholars throughout history as a rule of thumb and a foundation for Riba, as it agrees with what they understand from the revelations in The Quran.

Of course the rule signifies specifically a loan with the added provision of a conditional or stipulated benefit. AL-KASANI (died c. 1191 A.D.) states in his ‘Badai’ Al-Sanai’: “If it were not stipulated (the increase/benefit) but the borrower gives him (the lender) better than he received, that is permissible, because Riba is a name for the stipulated increase in a contract.”

Dr. Abdullah Al-Umrani discusses this Hadith in detail in his book ‘Ahkam Al-Manfaa’ Fi Al-Qard’ 2010, whose subject is all matters related to benefits in loans in Shariah. He first relates the different hadiths and provides the sources that have negated this hadith as weak, such as AL-SHOUKANI, AL-ALBANI, IBN BAZ, AL-BUHOOTI, IBN HAJR, and many others. However, numerous are the scholars throughout history who have approved of its ‘Meaning’ regardless of its weakness, and there is consensus (Ijmaa’) of its meaning. IBN MUNTHIR (died c. 930 A.D.) in ‘Al-Ijmaa’ states: “They have agreed that if the lender stipulates a gift or an increase, this increase is Riba.”

IBN QUDAMAH (died c. 1223 A.D.) states in his ‘Al-Mughni’: “Every loan (Qard) with a stipulation of an increase is forbidden without disagreement…because the loan is an act of benevolence and friendship, thus if an increase is stipulated, it removes it from its purpose…”

Dr. Al-Masri actually has a very interesting discussion in his book on Riba. This relates to a discussion of the rule “Every Loan that Brings a Benefit is Riba.” He relates the views of IBN HAZM (died c. 1064 A.D.) who questions this Hadith and its meaning. IBN HAZM asks why the rule was understood to relate to the Lender and not to the Borrower since clearly the borrower is getting a lot of benefit from the loan.

Another point is the issue of ‘Daman’ meaning guarantee. Doesn’t the Lender receive a benefit from having his money guaranteed? Doesn’t this therefore go against the rule? Well no, since he has protection of his money to begin with, where in fact lending it creates more risk for him, and as such a guarantee by the borrower is the least to expect, since ownership is being transferred to the borrower who now can use it and make a profit on the loan.

Very eloquently, Dr. Al-Masri explains: “The lender benefits from the guarantee, and the borrower benefits from the money, without which he would not have borrowed. We can’t have the benefit of the loan be purely to the borrower, this is unreasonable. Because a loan transfers ownership, and guarantee follows ownership, so how can we have the loan during the period owned by the borrower but guaranteed by the lender? And the ownership of the loan is not just possession like ‘Aariyyah’ (lending an object), where the ownership remains with the original owner and the borrower benefits from its usage but it remains intact. The money of a loan is different than the item in ‘Aariyyah’ since it brings no benefit unless consumed.”

Unlike what you may have read, Riba wasn’t only triggered at the time of repayment when the borrower asked for a delay, nor did it only involve money.

5 main types of Riba in money are known:

A) A loan with interest at the outset: We read this in ‘Ahkam Al-Quran’ a work on tafsir, by AL-JASSAS (died c. 981 A.D.): “The Riba the Arabs knew and performed was a loan of Dirhams and Dinars to a future date, with a stipulation of an increase on the principal.” We also get the same story from AL-KIA AL-HARASI (died c. 1110 A.D.) in his ‘Ahkam Al-Quran’ where he states: “Allah Almighty has forbidden Riba, and of the Riba which they used to perform in Al-Jahiliyya was the lending of Dinars and Dirhams with an increase.”

B) A loan with interest at the outset with a further increase in case of delay of payment: AL-ALOUSI, an eminent interpreter, writer, and scholar (died c. 1853 A.D.) recounts in his ‘Rouh Al-Maaani’: “A man would give a Riba loan to another, and when repayment date arrives, he offers the borrower to delay further with an increase, and this happens at every maturity date until all the borrower’s money is exhausted, so they were forbidden to perform this.”

C) An interest free loan at the outset, but at time of repayment, if delay is needed, then loan is increased.

D) A debt arising from a Deferred Payment Sale, any delay of payment causes an increase.

These two are similar since the Riba only commences after the maturity date where the borrower couldn’t pay. IBN JARIR AL-TABARI (died c. 920 A.D.), a famous scholar and interpreter states in his ‘Jame’ Al-Bayan’: “In Al-Jahiliyya, when a man had a debt owed to another, the borrower would state: I’ll give you more for a delay, and it would be delayed.” He also recounts that: “Riba Al-Jahiliyya was when a man sells an item on deferred payment basis, and when the repayment date arrives, and the debtor couldn’t pay, the seller would increase the amount and delay the maturity.” AL-BAIDAWI (died c. 1286 A.D.) in his ‘Tafsir Al-Baidawi’ also corroborates that interest was charged at the beginning and any further delay caused a further increase.

E) A Loan with Interest where Interest is paid monthly, while the principal remains, and can be increased if delay in repayment: This one we get from AL-FAKHR AL-RAZI (died c. 1209 A.D.) in his ‘Al-Tafsir Al-Kabir’: “They used to pay money on the basis that they receive a monthly amount, where the principal remains. Then when maturity of the loan arrives, they demand their principal, and if the borrower couldn’t pay, they increased the principal and the time. This is the Riba they knew and dealt in during Al-Jahiliyya.” This is echoed also by IBN HAJAR AL-HAYTAMI (died c. 1565 A.D.) in his ‘Al-Zawajer’, where he states: “Riba Al-Nassea’ is what was famous in Al-Jahiliyya, because one would pay money to another for a term, with the stipulation of taking an amount every month and the principal remains the same.”

The two other forms were in non-currencies, Dates and Camels.

In Dates a story is recounted in ‘Tafsir Al-Khazen’ by the scholar AL-KHAZEN (died c. 1340 A.D.) that both the Khalifa Uthman Bin Affan and Al-Abbas Bin Abdulmuttalib (RAA) used to lend Dates in Al-Jahiliyya. When repayment by the borrower arrived, the borrower said: “If you took your due, then I will have nothing for my children, may I give you half and I will double the other half with delay?” which they agreed and then when the new maturity date came, they asked for the increase agreed. This became known to the Prophet (PBUH) and he forbade them.”

In Camels, AL-TABARI again recounts in the same book above, that in Al-Jahiliya a delay in repayment would cause a repayment of an Older Camel. These had the names of the Camel’s progeny by number of years: Mukhad, Laboon, Huqqa, and Juth’a.

I like this clarification. "Dr. Al-Masri actually has a very interesting discussion in his book on Riba. This relates to a discussion of the rule “Every Loan that Brings a Benefit is Riba.” He relates the views of IBN HAZM (died c. 1064 A.D.) who questions this Hadith and its meaning. IBN HAZM asks why the rule was understood to relate to the Lender and not to the Borrower since clearly the borrower is getting a lot of benefit from the loan.
Dr. Al-Masri makes a very good point: the word in Arabic for Loan is ‘Qard’ and not ‘Iqtirad’, the difference is that the first relates to the act of lending while the second relates to the act of borrowing. As such, the use of the word ‘Qard’ or Salaf’ identifies the act with the Lender and not the borrower. Therefore the benefit that is intended in the rule relates to the Lender."

I was intrigued with Al-Masri's lender/borrower discussion. Applying revealed preference thinking from economics quickly resolves the issue - both lender and borrower benefit from a contract freely negotiated; otherwise they would not do it. The last sentence is wrong - "money ... brings no benefit unless consumed ...". It brings an improvement in the liquidity position, which is a benefit. (edited)

I'm inclined to agree with you that money brings an improvement in the liquidity position, which in itself, is a benefit.
Thanks for this observation.

The clarification on "qard" was lovely... I greatly push for the maintained usage of the original arabic terminology and not their close meaning relations in other languages... we just have to educate the masses about them and underlying principles than using mimics (edited)